“In many cases, and certainly at Shiloh, the treatment of the events after the fact has had more to do with how we view the battles today than how they were actually fought.” –Timothy B. Smith, “Anatomy of an Icon: Shiloh’s Hornets' Nest in History and Memory,” in The Shiloh Campaign, Edited by Steven Woodworth pgs. 55- 75, (Southern Illinois Press, 2009), 56. 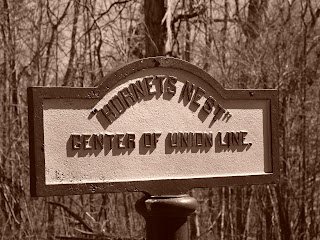 Some names and places associated with the Civil War speak for themselves. When one hears Pickett’s Charge or Bloody Lane, one would likely think of Gettysburg or Antietam. Places such as these are seared into our collective historical conscience. They represent both our country at its best and our country at its worst. Another such place is Shiloh’s Hornets' Nest. 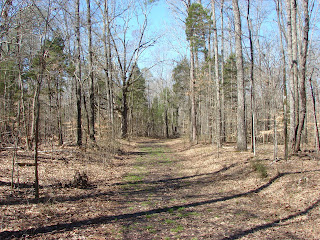 View of the Sunken Road, just east of the Hornets' Nest 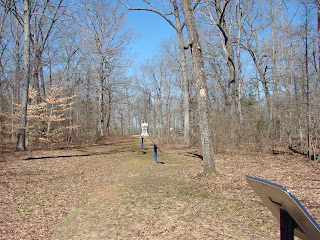 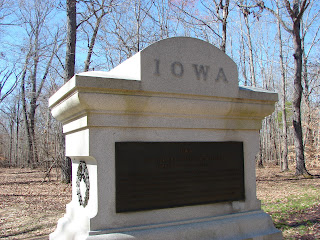 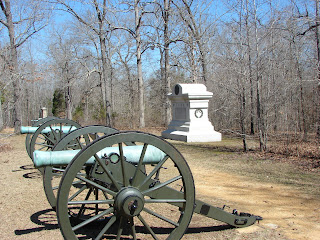 Union artillery positions, with the forest of the Hornets' Nest in the background

More importantly, for many years, historians have hailed the Hornets' Nest as the most important part of the Battle of Shiloh. According to the standard interpretation, as Federal forces fell back on the right and left flank, remnants of Benjamin Prentiss’s division and several brigades of W.H. L. Wallace’s division held fast, serving as a hindrance for the Confederate advance. Confederates who made gallant attempts to overcome these Union troops later compared the experience of the shot and shell flying through the air to the sounds and stings of hornets, thus creating the name, "The Hornets' Nest." After hours of heated fighting with numerous Confederate frontal assaults and artillery barrages, Federal forces at the Hornets' Nest were overwhelmed. The collapse of supporting troops on their right and left flanks meant that the attacking Confederates enveloped the position entirely; some Federals got away, but over 2,000 Union soldiers surrendered, including Brigadier General Benjamin Prentiss himself (another post on Prentiss's division at Shiloh can be found here). If one takes a short walk into the Hornets' Nest woods, markers locating the surrender sites for many of these regiments can be found (these were easily some of my favorite markers on the battlefield). 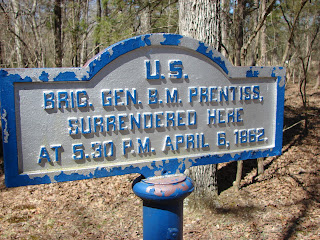 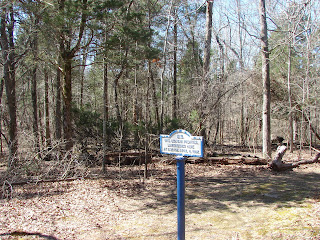 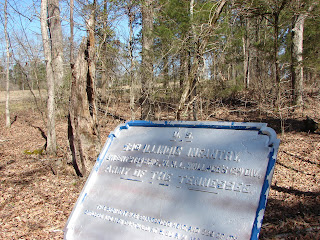 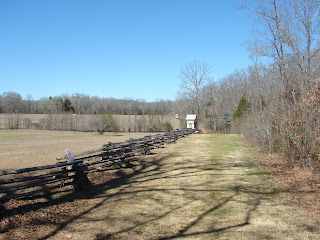 Sunken Road, on the Federal right flank in the Hornets' Nest, with Duncan Field to the left 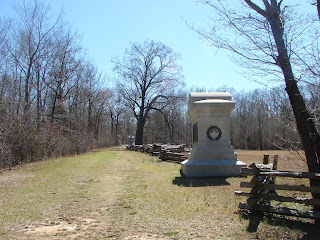 Across Duncan field (to the right), on the afternoon of the 6th, over 50 Confederate guns were gathered for an artillery barrage aimed at driving back Federal troops at the position above.

In more recent interpretations of the battle, historians such as Shiloh Park Historian Stacy Allen and former Shiloh ranger Timothy Smith have advanced theories that the Hornets' Nest was not the key to the battle. In fact, they suggest, using detailed views of the battle, that the heaviest fighting occurred both east and west of the Hornets' Nest, particularly to the west, where the divisions of William T. Sherman and John McClernand fought a brutal struggle against nine Confederate brigades on the Union right flank. Allen and Smith have argued that rather than the stand at the Hornets' Nest, Confederates lost the battle due to confusing terrain, not understanding the position of the Union army, and a lack of cohesion in the Confederate attacks that day. Johnston's battle plan had called for the Confederates to turn the Federal left flank close to the Tennessee River; the Confederates could then push Grant’s army back on the swampy land around Owl Creek, forcing the surrender or destruction of the Army of the Tennessee. Moreover, these historians have argued that the fighting around the Hornets Nest was relatively light compared to elsewhere on the field. While several fierce Confederate charges were made, they were not as great in number as others may claim.
After doing extensive reading on the battle over the last few weeks, I would have to say that I personally agree with the newer interpretation of Shiloh. I find the Hornets' Nest to be a fascinating, compelling, and important part of the battle. But, I don’t see it as the one area where the Union army was saved or turned the Confederate tide. In a battle as vast and complicated as Shiloh, there cannot be just one area where the tide turned (same thing with Gettysburg: sorry Chamberlain, you were great, but so was George Sears Greene on Culp’s Hill). Perhaps it was the fierce fighting of Sherman and McClernand as they fell back, the stubborn stand of Prentiss and Wallace at the Hornets' Nest, the death of Johnston, the firm last defensive line of Grant, and Beauregard’s decision to halt the attack that evening which together conspired to slowly turn the tide from Confederate surprise to Federal defensive stand on April 6. Of course, all of these factors were ultimately influenced by the confusing terrain and the jumbled Confederate attack. It all goes back to the necessity of understanding the terrain and the field to understand how battles were fought and why they ended as they did. 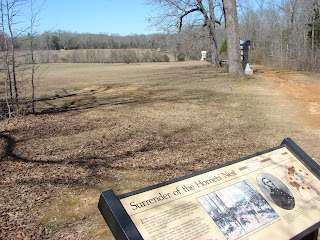 Park wayside marker for the Hornets' Nest surrender. The portion of the Federal line running along the road in the foreground was held by two brigades of Brig. Gen. W.H.L. Wallace's division 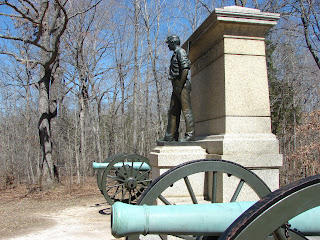 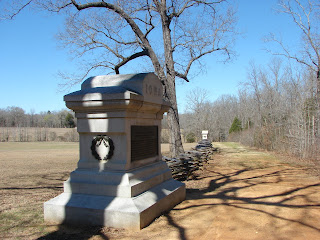 Along with Allen and Smith, the late historian O. Edward Cunninghman’s thesis on the battle, which was published posthumously and edited by Gary Joiner and Timothy Smith, elucidates these newer interpretations of the battle quite nicely. I would highly recommend it for anyone interested. For the other historians who I have mentioned, Shiloh historian Stacy Allen penned a great two part piece on Shiloh that appeared in the Blue and Gray magazine in the late 1980s, which is a must read. Timothy Smith has written a few fantastic books on the battle and the battlefield, among which are The Untold Story of Shiloh, ThisGreat Battlefield of Shiloh, an upcoming book on the fight for Corinth which followed Shiloh (titled Corinth,1862). Smith also penned an essay specifically on the Hornets Nest which can be found in The Shiloh Campaign, edited by well known historian Steven Woodworth. Anyways, these are just a few thoughts from your humble blogger/Antietam ranger, who will be the first to admit his lack of expertise in the field of Shiloh studies (If you can permit me to write in the third person, that is). If you are interested in this topic, feel free to check out some of these outstanding works on the battle that I have thoroughly enjoyed reading over the past few months (you will find that the titles are linked to amazon.com pages for the books). I thought a brief historiographical piece and my thoughts on the topic would be a much more interesting way of showing off my Hornets' Nest pictures. If you are like me, then you find how we interpret Civil War battles to be just as fascinating and important as the actual battle itself.