While there are far too many books on the Civil War to count, there are surprisingly few on the Confederate forces of the war’s Western Theater actions. In the theater which many historians argue saw the largest impact on the overall strategic outcome of the war, there is a dearth of biographies and examinations of key Confederate leaders. This extends from the relative lack of studies on Braxton Bragg to lesser known generals and officers. One of these lesser known officers is Brigadier General Alfred Vaughan Jr., a brigade commander in the Army of Tennessee who lost his leg to an exploding artillery shell near Smyrna, Georgia, in early July 1864.


I drew interest in Vaughan because his brigade was positioned at the “Dead Angle” position at Kennesaw Mountain, seeing some of the fiercest fighting during the days of struggle at Kennesaw in late June 1864. But a recent biography by Lawrence K. Peterson--Vaughan's great-great grandson--opened my eyes to the remarkable Civil War career which Vaughan had, stretching far beyond Kennesaw Mountain. Vaughan’s career in the Army of Tennessee extended back to the very origins of that army. His personal list of battles reads as a list of the bloodiest and most important battles of the West: Shiloh, Perryville, Stones River, Chickamauga, Chattanooga, and the Atlanta Campaign. If one wanted to follow one officer through the worst of the West, battle by battle, Vaughan is an excellent choice.


Peterson’s biography is well written and well researched, providing great insight on Vaughan’s leadership and experiences. The narrative focuses heavily on Vaughan’s actions in each of the major battles, as well as the behind the scenes action in the Army of Tennessee, which, considering the personalities in that army, could be just as complex as the battles themselves. The primary source used appears to be Vaughan’s own account of his regiment, the Personal Record of the Thirteenth Regiment, Tennessee Infantry, C.S.A. (Memphis: S.C. Toof, 1897). Vaughan was instrumental in the formation of the regiment, serving as the first Captain of Company E, which was previously a militia group known as the “Dixie Rifles”, a group of Mississippians (Vaughan’s adopted home state was Mississippi, despite his Virginia birthplace) who were armed and equipped by the state of Tennessee. By June 1861, Vaughan became the lieutenant colonel of the regiment. During the fighting at Belmont in November 1861, Vaughan assumed command of the regiment, and was promoted to the rank of colonel after the battle. He served with distinction at Shiloh, and later in 1862 he rose to brigade command. Peterson follows Vaughan and the Army of Tennessee through the rest of the war with a nice balance between the biographical narrative and the broader history of the campaigns and battles which Vaughan was involved in. It was only after his stellar conduct at Chickamauga in September 1863 that Vaughan was promoted to the rank of brigadier general, receiving praise and recommendations from numerous commanders, including Patrick Cleburne and Benjamin Cheatham.


The author makes mention several times that Vaughan had a “personal servant” with him during the war, named Roach Howard. Howard was, of course, one of the Vaughan family slaves. Peterson notes that after the war Howard was set free, but does not give further detail into why or how this occurred. It is only one small instance in a larger book, but this reader wished that more information and detail was provided in the text on the life of Howard, as well as the master-slave relationship between the two men.


Peterson's biography goes beyond Vaughan's war years as well, discussing the general's post war years, a subject often neglected by Civil War studies of particular officers and units. These insights, as well as the detailed focus on Vaughan and his brigade through the western theater of the war, make this a very well rounded book, the likes of which there are too few, especially in regards to the leaders and brigades of the Army of Tennessee.


For those looking for a deeper understanding of the Army of Tennessee, as well as a deeper knowledge of the major battles of the war’s Western Theater, pick up Lawrence Peterson’s biography of Alfred Vaughan, published by The University of Tennessee Press, titled, Confederate Combat Commander: The Remarkable Life of Brigadier General Alfred Jefferson Vaughan, Jr. Peterson deftly examines the life of an important yet little known Confederate brigade commander who saw some of the war’s fiercest combat.
Posted by Dan Vermilya at 10:21 AM No comments:

Very proud to say that my book, The Battle of Kennesaw Mountain, is now available!!! 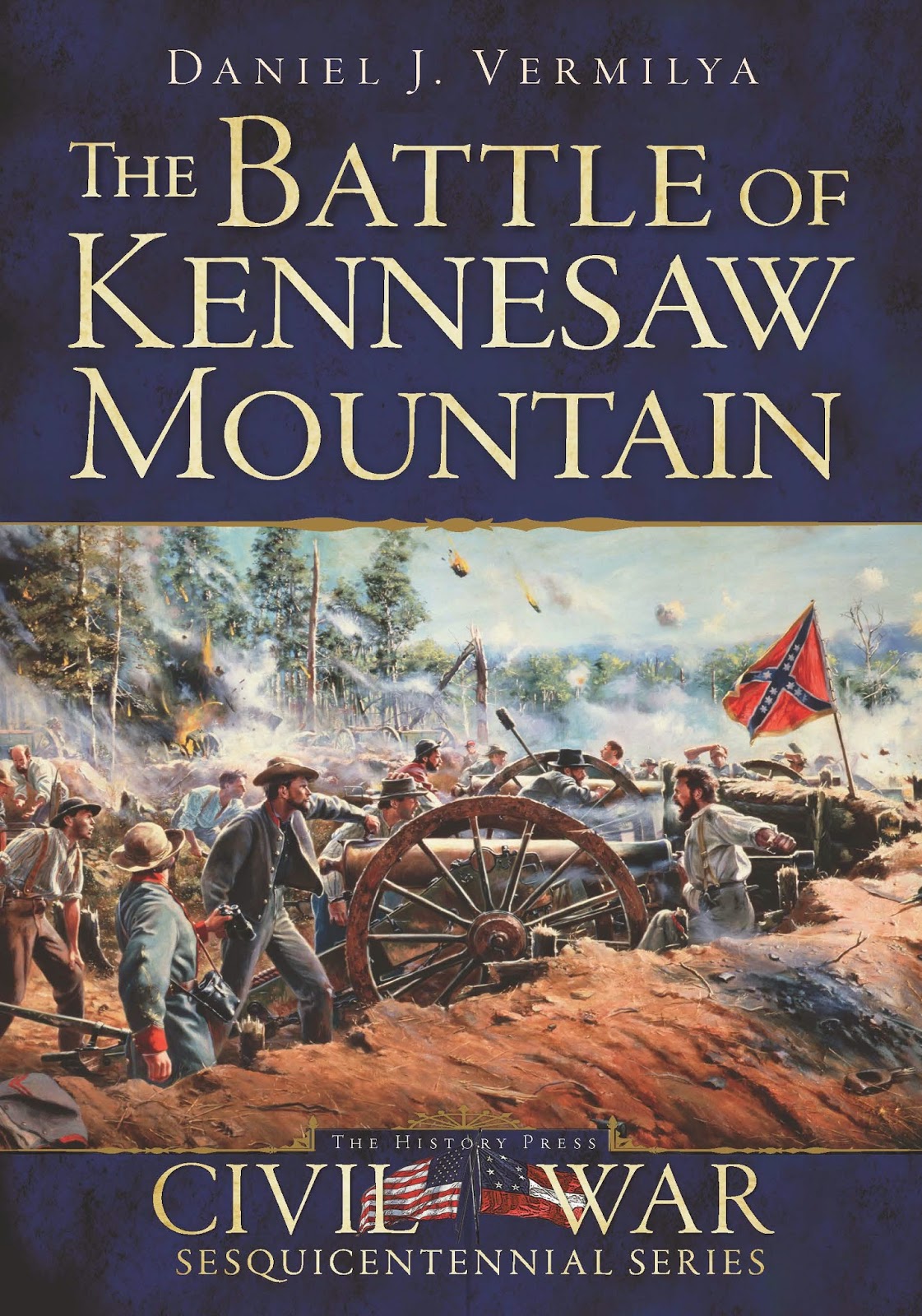 If you are interested in ordering a copy, you can learn more by visiting the new "Buy the Book!" page at the top of the blog. It is currently available through The History Press, Amazon, and Barnes and Noble, and will soon be in bookstores!!


Posted by Dan Vermilya at 4:36 PM No comments:

Only one week to go before the publication date for The Battle of Kennesaw Mountain...

You can pre-order your copy today at amazon.com or historypress.net. 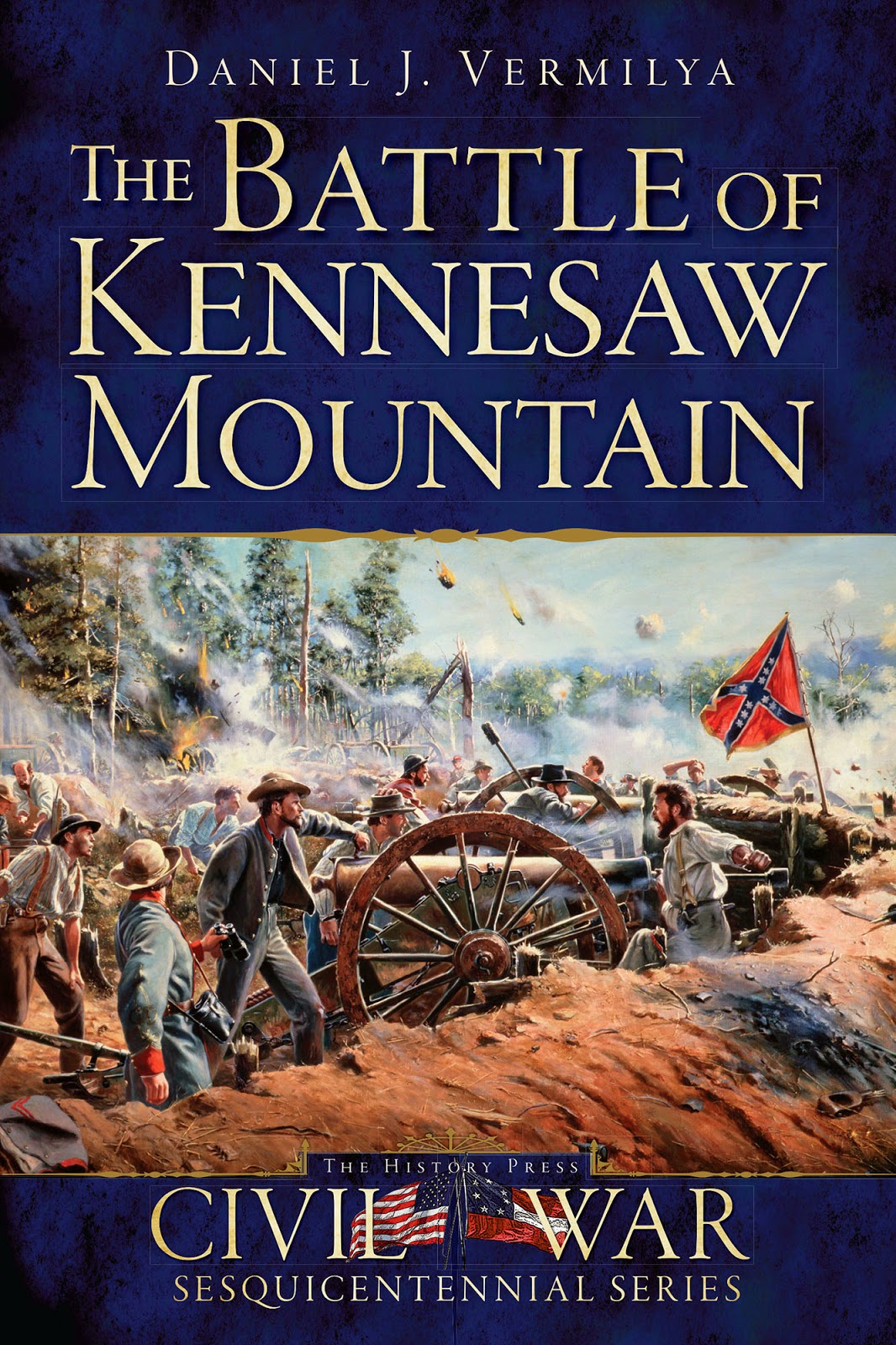 Posted by Dan Vermilya at 10:18 AM No comments: