Yesterday, I flew back to Ohio from Georgia. Judging from the wind and rain outside my window right now, it was not a moment too soon. While I love Georgia, and I love seeing my Uncle Jeff and Aunt Paula, who hosted me for a few days, being able to avoid the mess of cancelled flights and all the joys they bring is a big relief.

In the days and weeks ahead, I will begin to turn the attention of this blog to the Atlanta Campaign a bit more. I will still try to do posts on the events of the war 150 years after they occured, as well as continue to provide Antietam content. Additionally, I want to begin posting some things regarding my research for the Joseph Harsh award on here, as I am coming close to finishing a few articles regarding the project. However, while I will still work on my Army of the Potomac research, I have some other projects this winter that will turn my interests to the south, and to two years after Antietam, during the pivotal, and grueling, Atlanta Campaign of 1864. I have posted a few things on here about this campaign before, but not a whole lot. For those who don't know, I wrote my Master's Thesis at John Carroll University on the experiences and motivations of Ohio soldiers during this campaign. In fact, the title of this blog comes from a diary entry of one of those soldiers, Private Albert Champlin of the 105th Ohio. Champlin was from Willoughby, Ohio, a town right next to my own hometown of Kirtland. I hope to post some letters, diary entries, and other thoughts from soldiers who experienced the Atlanta Campaign, as it was a crucial point in the war. While I can't yet say where all of this is going, it is all a part of a new project I am working on. Stay tuned for more details... 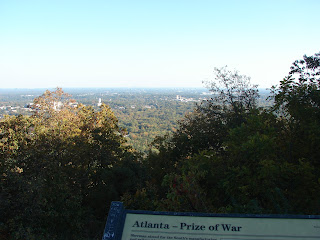 View toward Atlanta from the top of Big Kennesaw, 1800 feet high 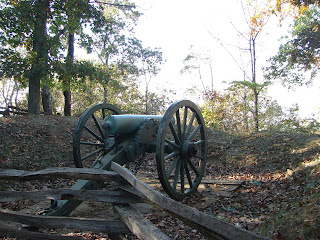 A Confederate artillery position on top of big Kennesaw 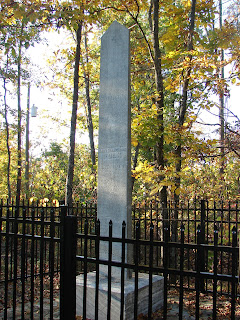 A monument marking the spot where Confederate General Leonidas Polk was killed instantly by an artillery shell on Pine Mountain, June 14, 1864 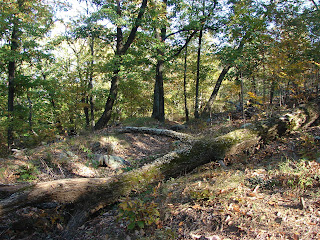 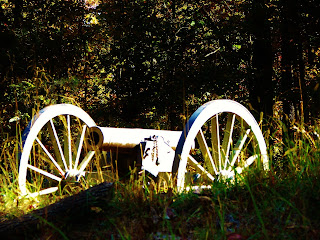 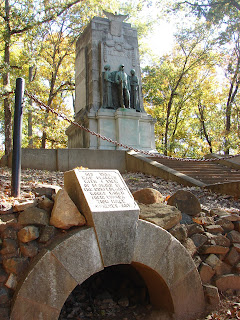 Illinois Monument, along with remnants of a tunnel begun by Union soldiers, on Cheatham Hill 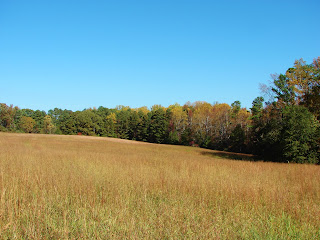 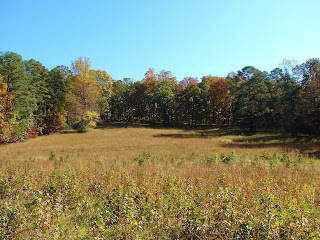 The last open stretch which the men of Col. Daniel McCook's brigade had to charge across to assault Confederate works at the "Dead Angle" on Cheatham Hill 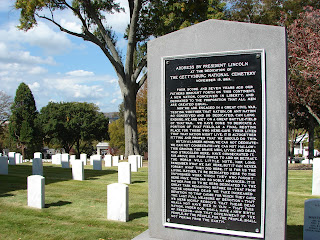 Marietta National Cemetery, Marietta, Georgia, Kennesaw Mountain in the background. Over 10,000 Union dead from the Atlanta Campaign are interred here. 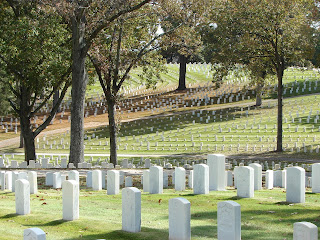 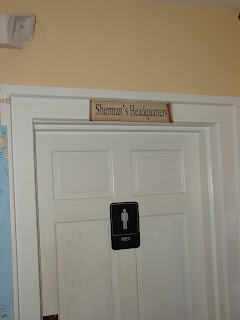 At the Marietta History Museum, they remember William T. Sherman fondly. When he and his men left for their March to the Sea, Sherman burned portions of Marietta. The top floor of what was then the Fletcher House hotel was lost in that fire. That building now houses this museum. Thus, the men's room is equated with Sherman. 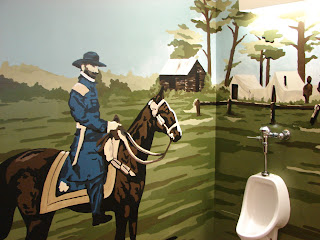 Mural of Sherman in the men's room... 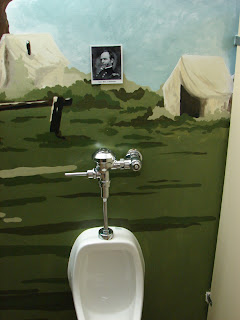 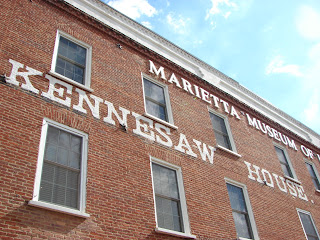 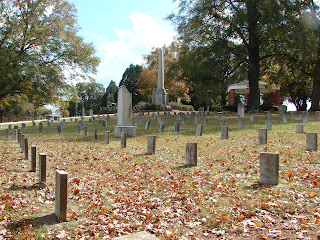 Confederate Cemetery in Marietta, Georgia, where over 3,000 Confederates are buried. 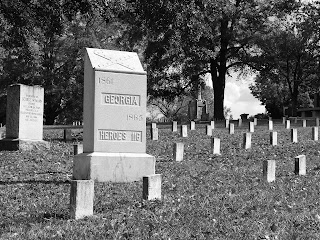 These are just a few of the photos from my wonderful trip to Georgia. Stay tuned... lots more on Georgia, the Atlanta Campaign, and Kennesaw Mountain to come...