One of the greatest truths about studying military history is that to really understand how battles were fought, one has to understand the battlefield itself. Perhaps the most important part of understanding a battlefield is its terrain, and there is no better way to gain a sense of what the terrain of a place is like other than to walk or hike it. Antietam is a perfect place for this because of the many trails throughout the park which are not only wonderful for their natural beauty, but also offer tremendous value for the historian as well. It is impossible to understand Burnside's Final Attack against Lee's lines, and A.P. Hill's subsequent flanking movement, without spending time on the Final Attack trail. Likewise, without walking the Bloody Lane Trail, one cannot profess an intimate knowledge of how Union soldiers advanced against the Sunken Road.


This past week, another trail has been added to Antietam's list. The Tidball trail, a .3 mile walk out to a ridge line overlooking the central portions of the battlefield, offers visitors unique new perspectives and opportunities to learn about little understood aspects of Antietam. The trail ends at the position held by John C. Tidball's battery of artillery, and it offers some of the best views in the entire park. For most visitors and historians, the Union 5th Corps and Cavalry played no role whatsoever in the battle. Many are shocked to learn that more casualties occurred at the Middle Bridge than at the more famous Burnside Bridge. Hopefully, the Tidball Trail will help to fix some of the lapses in our historical understanding of the Middle Bridge at Antietam.


John C. Tidball commanded Battery A, 2nd US Artillery and was attached to Pleasanton's Cavalry Division, which advanced across the Middle Bridge with Sykes's U.S. Regulars of the 5th Corps, to press against Lee's center along the Boonsboro Turnpike. McClellan's battle plan had initially called for attacks with the Union right and left flanks on the northern and southern ends of Lee's lines, with a possible crushing blow to be launched across the Middle Bridge against Lee's center. As the battle raged and progressed, time after time, Confederate flanking attacks seemingly appeared out of nowhere, suggested to McClellan that Lee outnumbered the Union forces. 5th Corps commander Fitz-John Porter advised McClellan against launching an attack with his corps, as it was the only reserve left to guard the Boonsboro Turnpike, a road which was the first of many on a long path towards Washington D.C. and victory for the Confederates, should they have defeated the Union forces at Antietam.


While McClellan never launched a full scale attack at the Middle Bridge, a decision which is highly controversial, the fact of the matter is that the 5th Corps was indeed engaged in some capacity at Antietam, belying the false notions put forward by some that as many as 30,000 Union soldiers sat idly by while their comrades were slaughtered without support. Understanding the battle through such misconceptions not only clouds our historical judgments on McClellan's generalship, but it also diminishes the sacrifices made by those 600 soldiers who were casualties in the fighting near the Middle Bridge. Ignoring this action is just as historically irresponsible as is ignoring the 5th Corps' contributions in attacking Lee's rear guard at Shepherdstown on the 19th and 20th of September.


A few days ago I ventured out to this new trail before heading in to the Visitor Center. The views of the battlefield from this trail are incredible. 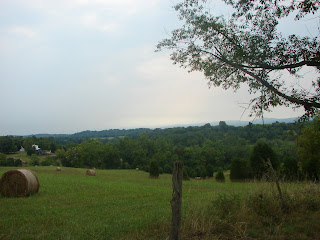 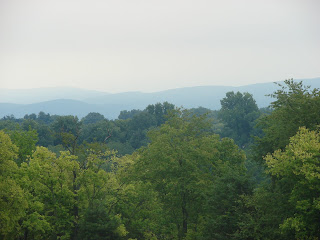 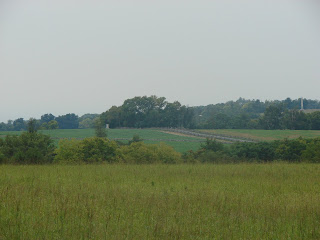 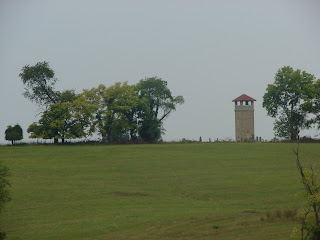 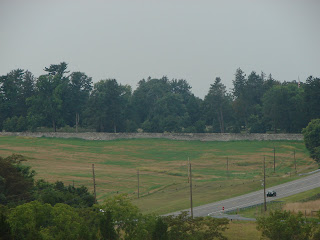 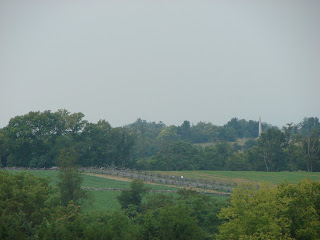 A few weeks ago, while at Manassas for the 150th, a visitor began discussing with me the scenarios in which McClellan could have "won" at Antietam. Among the possible actions this gentleman suggested was a strike by the 5th Corps at Antietam. Needless to say, he was shocked to learn that these troops were indeed engaged during the battle. Now, thanks to the hardworking staff at Antietam, a new trail can help to tell this overlooked story.