If you have not heard, we have had a bit of snow as of late at Antietam. While it won't last for long, as more seasonal temperatures are in store for us, it was quite a day on Saturday. We lost power at the Visitor Center and had to close early, as the landscape outside was transformed from a fall battlefield to a winter battlefield. I had the chance this morning to take some early morning photographs of Antietam's snowy landscape. I have never seen the battlefield more beautiful and serene. I hope you enjoy... 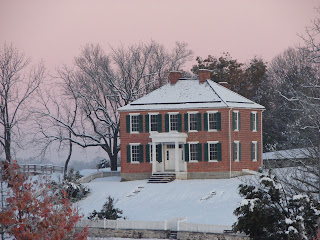 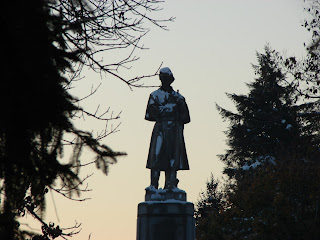 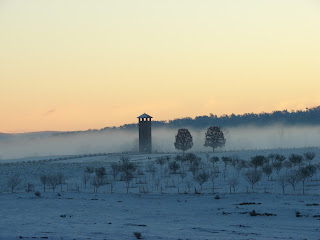 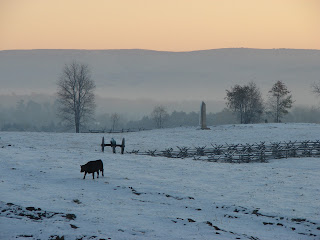 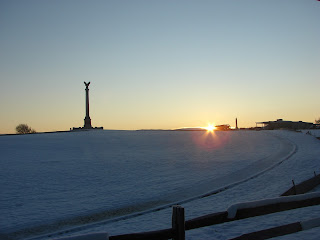 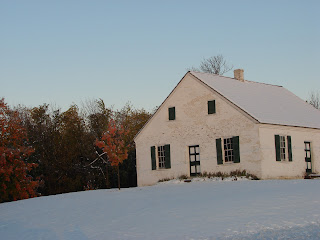 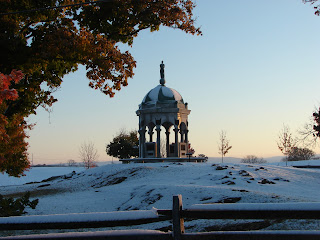 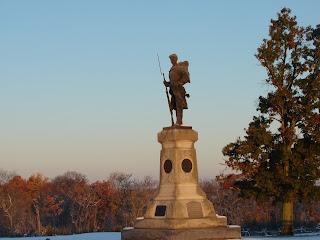 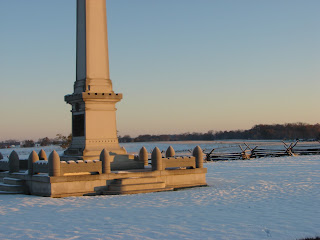 Indiana Monument with a now snow covered cornfield just behind it 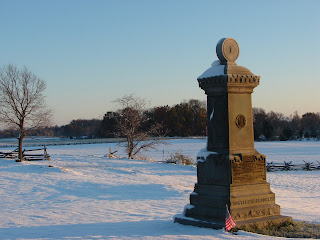 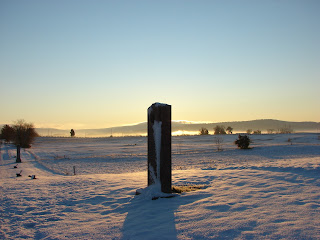 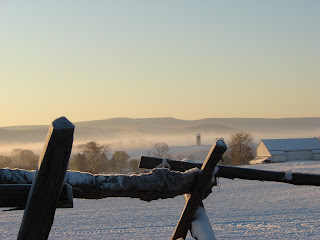 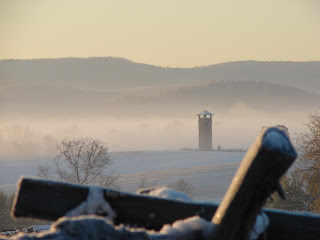 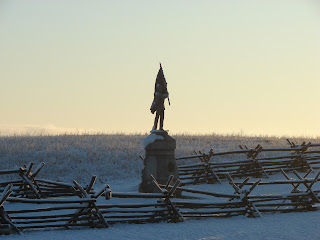 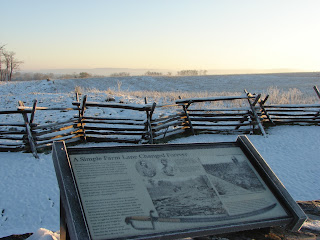 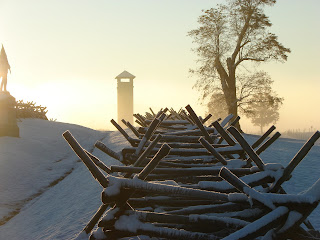 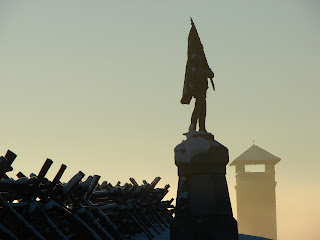 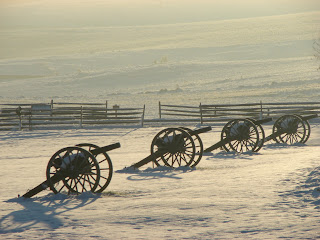 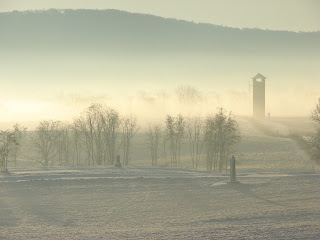 While the sun has come out again and the snow has begun melting, it is obvious that colder weather is just around the corner. Hopefully, many more beautiful sights and pictures are to come at Antietam. Seeing the battlefield adorned in a frozen layer of white was truly a remarkable sight this morning