Yesterday, I presented my research for the Dr. Joseph L. Harsh Memorial Scholar Award at the Save Historic Antietam Foundation Seminar at Antietam Battlefield, and it all went better than I could have ever expected. I had family and friends in attendance, the reception for the research was wonderful, and I got to meet several members of the Harsh family. To all those who helped me out with the research and the project, I can't thank you enough. Specifically, I want to thank Jim Rosebrock, the leader of Antietam Battlefield Guides, who helped me with research at the National Archives, and who also spent lots of time chatting about the project while working the front desk at the Antietam Visitor Center. Also, I need to thank, once again, my colleagues on the ranger staff at Antietam. Rangers Brian Baracz, Keith Snyder, John Hoptak, and Mannie Gentile all talked with me about the project and assisted with advice and comments along the way. Antietam Superintendent Susan Trail was also in attendance yesterday, and I was especially grateful that she was there. We are all very proud to have her leading Antietam into this important week for the 150th this year. Also, Ranger Alann Schmidt approved the joke I used to start the program, which was perhaps the greatest assistance I could have received. Those of you who have the pleasure of knowing Alann understand why this was an essential component to my presentation. The man knows his jokes.

I have to also thank SHAF President Tom Clemens for all of his work putting the event together, as well as his assistance with the project along the way. It couldn't have been done without his help.

I hope to put some of the research up on the blog over the next few weeks, but as I will be publishing this research in an article, I will limit what I will put on the blog. Stay tuned however, because I think that this is just the start of what could be more research and work on the Army of the Potomac at Antietam, as there are still many myths about the army that need to be erased. If I had to lay out my conclusions in a concise manner, I would say for the sake of brevity, they are as follows:

1. McClellan did not know his own strength at Antietam. In fact, he likely overestimated it.
2. Straggling was just as big a problem for the Union army as it was for the Confederate army in the campaign.
3. Union commanders from McClellan down to corps, division, and brigade command struggled with understanding their strength and getting the army into a condition where it was ready for combat.
4. The Union army and its commanders, specifically brigade commanders, were FAR less experienced that the Confederate army at Antietam.
5. Returns and morning reports, coupled with Ezra Carman's numbers for the army, show that Federal forces dropped considerably throughout the campaign.


I was able to uncover considerable amounts of unpublished material on the army and its commanders in the campaign, as well as the numbers of the army, and I truly hope that the data, letters, and dispatches which I found and used will help to correct the myth that the Federal army at Antietam was an invincible force. In fact, it was a cobbled together army which limped its way north, and the fact that McClellan was able to do what he did with it is utterly remarkable.Stay tuned for pieces of the research to appear on here, as well as for updates on where and when the research will be published.


That will have to do for now. Here are some pictures of the event yesterday, as well as a short video of the award presentation, filmed by Ranger Brian Baracz. 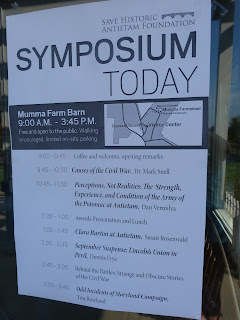 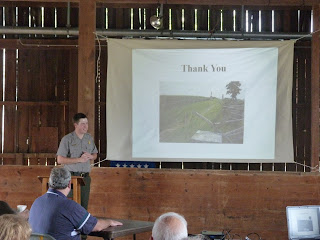 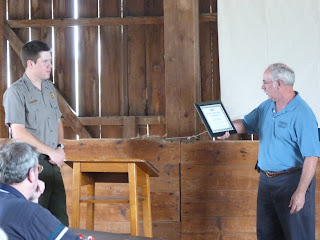 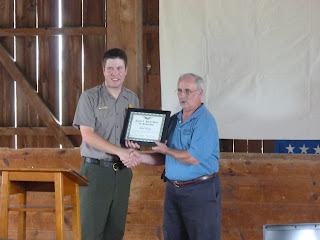 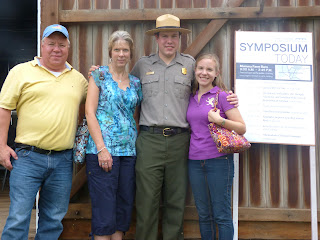 Dad, Mom, Myself, and my girlfriend Alison 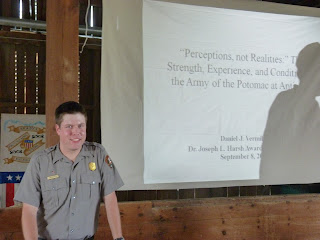 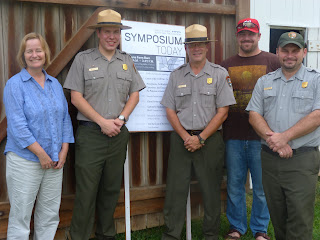 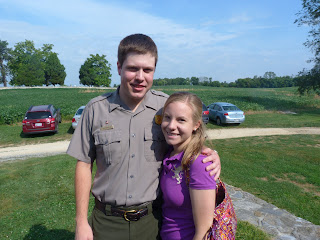 Here is the video of the award presentation...